It’s time for another progress update post to show what me and Kunal have done on the realm. We finally finished all the farms and focused on some pretty builds.

This time I am starting with Kunal’s side. He has built a huge evil temple that emits magical energy and has faces on its walls. Just the size of it is insane – it’s almost 60 blocks tall. The inside is still a mystery to us, we were not feeling like we are powerful enough to enter it. It is evil. Kunal also made a smaller build, but in the same evil fantasy style. It’s an entrance to our mine. The mine itself got an improvement too. 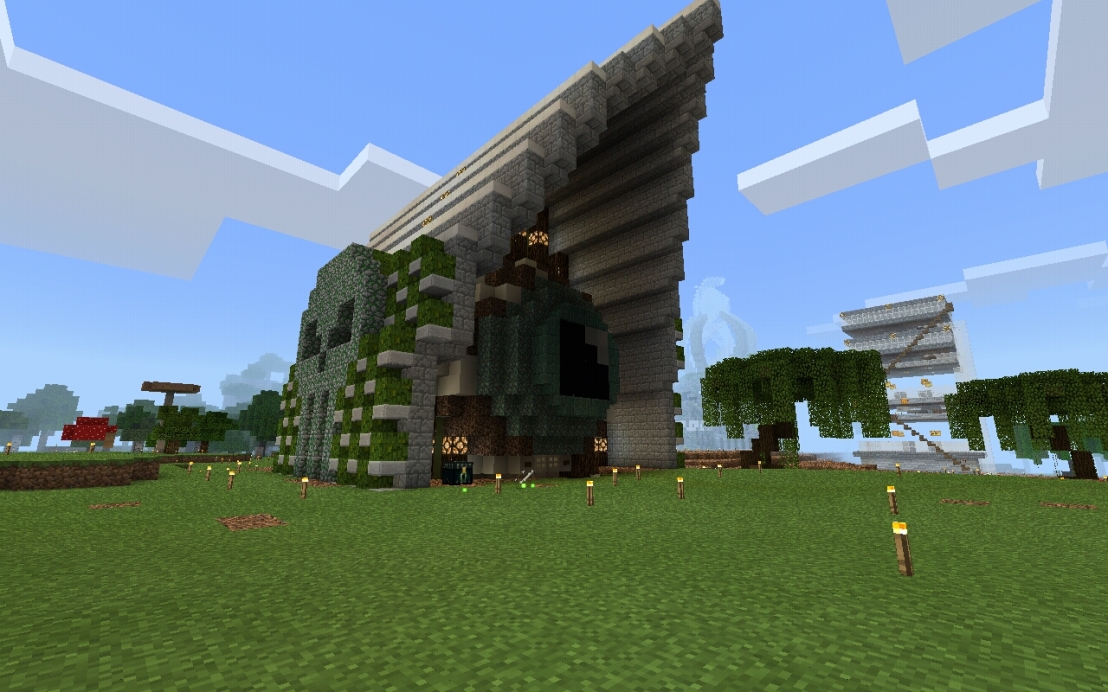 Entrance to the mine

I have finished the portal hall with an aquarium and built a big government building – this is where the whole colony is ruled from. There is a skeleton xp farm in the basement of it. Also, I built a big netherwart farm that will soon become a pretty building too. Right now it’s just a tower of exposed redstone tho.

Both sides of the base are slowly, but surely starting to look good. My next plan is to start terraforming the area in big style, which will make the whole place finally come together.